Remember When “Whassup?” Became Budweiser’s Ode to a Generation? 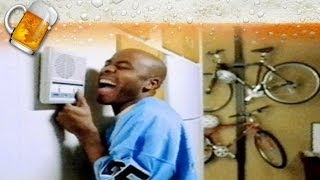 Why We Love Whassup?

The ad doesn’t focus on using a bunch of adjectives to describe why their beer is superior to other beers, the friends simply state that they are enjoying this brand before the third friend comes along and starts the chorus of Whassup. True.

The more you hear it, the more likely you are to join in and do it yourself. Even grandma will be saying “Whassup” by the end of the commercial.

It’s impossible not to smile and laugh at some of these commercials. In another ad from this campaign, an alien disguises himself as a dog and goes to Earth. When the alien returns and the alien king asks him what he learned, he sticks his tongue out and says “Whassup.”

What We Can Learn From Whassup?

1. Anything can go viral

What started with a couple friends turned into millions of people. Even countries who didn’t sell Budweiser weren’t immune from the influence of Whassup. After the campaign aired, traffic to the Budweiser website tripled to over a million viewers per month.

2. Repetition is the key

If they only said ‘Whassup’ once in the ad, we wouldn’t be writing about it. But because they kept saying it and kept looping new people in, it just worked.

The ad became an instant classic. To this day, if you say Whassup to someone who has seen this ad and gets the reference, they are likely to repeat it back to you.

Enters into CLIO Hall of Fame As probably the most iconic greeting of the late 1990s and early 2000s, Whassup? helped Budweiser retain its throne as the King of Beers — all by repeating one silly catchphrase.

3 Facts About Whassup? That Will Blow Your Mind

The #Whassup ad has been parodied by The Simpsons, Friends and The OfficeClick To Tweet#Whassup won the Cannes Grand Prix and the Grand Clio awards in 2000 and is now enshrined in the CLIO Hall of FameClick To TweetThe #Whassup ad was based on the short film “True”, directed by Charles Stone III, who also directed the commercialsClick To Tweet
Tony the Tiger Dominates a Saturated Market by Appealing to Kids »
« Think Different? Apple Shows the Link Between Gandhi, Jimi Hendrix & Tech