How Chipotle Combined Willie Nelson, Coldplay, and Sustainable Farming for a Hit 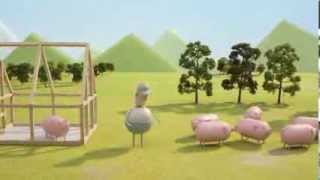 Chipotle - Back to the Start

Why We Love Back to the Start

A two-minute spot that doesn’t make a single product mention? It’s easy to imagine the higher-ups at Chipotle HQ feeling a bit apprehensive about the notion, but given the result, it’s clear that they gave CAA Marketing a lot of creative freedom in bringing this piece over the finish line.

B. It spans generational interest

Coldplay’s modern-classic helps reel in millennials, while Willie Nelson helps the spot appeal to an older generation. When the music is juxtaposed with the toddler-friendly animation, it’s easy to see how Back to the Start was able to reach so many people.

Winning an award at Cannes is something in and of itself, but this spot didn’t just win any award. It won Cannes’ coveted Grand Prix in Branded Content in Advertising. It’s an infamously tough bar to hurdle — so difficult, in fact, that many years, there isn’t even a winner picked from the thousands of entries.

What We Can Learn From Back to the Start

Don’t be afraid to piss off the competition. Chipotle’s self-stated goal was to “cultivate a better world,” and Fast Company writes that the day after Back to the Start’s Grammy Award debut, “McDonald’s announced it would cease all pig confinement operations.”

Sure, there’s a place in the world for your “three easy payments of $19.99” products — but try telling a story sometime. It’s no mystery that an emotional appeal does wonders to sell product, and that can be tough to achieve without a tale worth retelling.

It’s pretty rare to hire a plumber to then micromanage him, but for whatever reason, it’s really common to hire an agency to then make every call. Avoid micromanaging to get the best work out of your creative agency. After all, that’s what you hired them for — right?

The ad aired during the 2012 Grammy's, just after Coldplay's live performance. It was the chain's first national TV ad.

The two-minute spot is released online and airs in 5,700 movie theaters. Coldplay's "The Scientist", artfully paired with Willie Nelson's salt-of-the-earth voice, come together to create a spot of enviable authenticity.

Number of movie theaters the spot aired in

Number of Chipotle stores at the time the ad aired

The brand sold Nelson's Coldplay cover on iTunes, with all proceeds going to the Chipotle Cultivation FoundationClick To TweetInternal research found that 75% of Chipotle's customers come for the taste, value, and convenienceClick To TweetAn 8-minute behind the scenes video shows how the video was madeClick To Tweet
Volkswagen’s Think Small Showcased the Little Car That Became a Big Hit »
« This Jingle Inspired a Generation to “Be Like Mike”