This Jingle Inspired a Generation to “Be Like Mike” 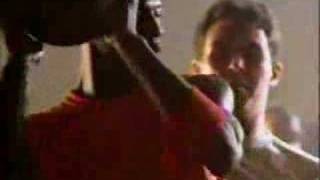 Michael Jordan has an untouchable legacy—he’s the greatest basketball player of all time. This campaign was crafted around one undeniable truth: everyone wants to be like him. This truth resonated with sports fans around the world, making the campaign go viral regardless of market segment.

B. It was catchy

This song is an earworm; it remains infectious and nostalgic for kids of the 90s and it’s impossible not to sing along. The inability to get the jingle out of your head gives this ad even more staying power.

For 61 seconds, Michael Jordan played with kids of all backgrounds in a pickup game the same way we’d see an uncle play with his nieces and nephews. This portrayed him in a new light and humanized him—implying that it really is possible to follow in his footsteps.

The original concept of the commercial was based on a popular Disney song from their movie The Jungle Book called “I Wanna Be Like You.” Gatorade’s plan was to license the track and use it for their commercial, but the negotiations were never finalized due to a lack of approval from the Disney organization. This led them to create the wonderful original song that was the underpinning of the entire campaign.

2. Learn how to adapt

In an effort to bypass the negotiations process, creative director Bernie Pitzel took it upon himself to write his own adaptation of “I Wanna Be Like You.” The newly-created song “Be Like Mike” elevated the campaign. But it wouldn’t have happened if the agency scrapped the campaign because they couldn’t get approval for the song they wanted.

If you have access to celebrities, don’t just put them in your campaign to have a famous face. Make sure they’re fully integrated strategically. Celebrities don’t move the needle unless the campaign is built around them—just like Michael Jordan was the creative impetus for the entire “Be Like Mike” campaign.

Gatorade and Air Jordan collaborate to honor the 25th anniversary of the commercial, releasing the "Be Like Mike" collection seen around the world today.

Celebrating their first athlete spokesperson, Gatorade re-airs a digitally remastered version of the iconic ad during the NBA's All Star Weekend.