When Finnish food startup Ambronite wanted to break into the U.S. meal replacement market and raise funds for expanded distribution, they faced a steep challenge: they needed to raise awareness about their product in a space dominated by a larger, well-funded rival (Soylent) and use this media buzz to fund a successful Indiegogo crowdfunding campaign.

Using a core tactic called “The Slingshot,” the PR Hacker team leveraged already-existing media coverage of Soylent to “slingshot” Ambronite around the competition. Conducting detailed searches of journalists who had covered Soylent in the past, PR Hacker pitched these journalists a series of stories highlighting Ambronite’s unique benefits and how these benefits represented a truly groundbreaking improvement over the competitor’s approach.

To broaden coverage beyond this initial pickup, PR Hacker defined more than 10 different types of potential product users — including the road warrior (business), the busy-but-healthy mom (family), and the body-hacking startup founder (tech) — and created viral-optimized news stories for each user type that were pitched to related media verticals (i.e. business, family, and tech).

The result: Ambronite was featured in dozens of top-tier print and online publications, rocketed up the SEO rankings due to these high-quality inbound links, and met its crowdfunding goal.

Ambronite met its $50K funding goal in less than a week—exceeding its overall goal by 200%. 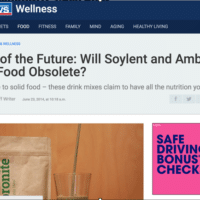 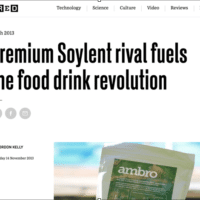 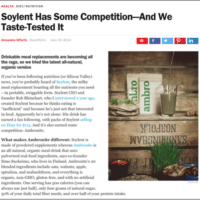