After graduating from the prestigious Y Combinator incubator, San Francisco-based CrowdMed faced a PR dilemma: They had hired one of the Top 5 largest PR firms in the U.S. for the past 6 months and had received decent yet unspectacular results. They reached out to PR Hacker to inquire about whether we were willing to work in parallel to the traditional PR firm to test whether our innovative data-drive, growth-focused, and viral-optimized methods could generate much larger ROI for the startup in its quest to spur broad awareness and growth.

PR Hacker set out to tell a fresh set of stories about how CrowdMed uses the “wisdom of crowds” to uncover possible solutions to hard-to-diagnose diseases. Because most journalists don’t have first-hand experience with medical mysteries, PR Hacker repositioned the company to make it more accessible and emotional.

By working in parallel story idea tracks (including tracks for mass consumer, business, health, and healthcare trade), PR Hacker A/B tested a series of PR pitches — eventually optimizing a “miracle on tech street” pitch in time for the holiday season that named CrowdMed the “miracle makers of Silicon Valley,” and cited examples of “miraculous” CrowdMed diagnoses.

As a result of the campaign’s success, CrowdMed soon dropped the other firm and named PR Hacker their lead agency for all marketing efforts. 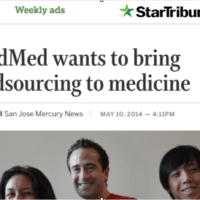 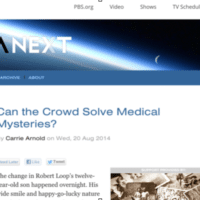 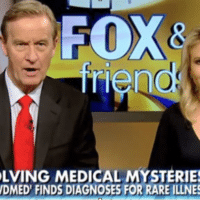 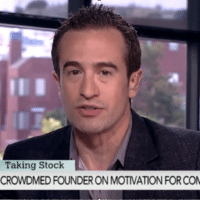 Goal: To bring CrowdMed from little-known startup to major player

Behind the Water »
« Rapid Data Response